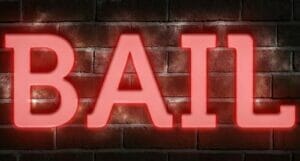 Are you thinking about skipping bail? When you skip bail, you fail to show up to court. The court will attempt to find you, as will the bail bondsman. Skipping bail can seem like an attractive way to avoid sentencing, but it has some substantial consequences. Here are just a few reasons skipping bail should never be an option.

When you skip bail, you end up with a warrant out for your arrest. Any time a police officer stops you (such as for a routine traffic stop), this warrant is going to come up and they will bring you in. And when you’re brought in, you’re going to be brought in on charges of skipping bail as well as your original charges.

If you skip bail, it’s very likely that a bounty hunter is going to be looking for you. You may owe tens or even hundreds of thousands of dollars to the bail bonding agency, depending on how serious your crimes were. This is enough money that they can spend money trying to find you. Private detectives, bounty hunters, and the police may all be looking for you at the same time.

Reason #2: There Will Still Be Consequences Even If You Aren’t Caught

Even if you aren’t caught immediately, having a warrant out for your arrest means you can’t rent a home and can’t find a job. Though you may be out of prison and away from the police, you aren’t going to be able to have a normal life.

And because you’ll eventually be caught, you’ll eventually have to serve your time anyway. You are effectively delaying the length of time it will take for you to start living a normal life again. Even if you fear that you will be found guilty, it’s better to simply get it over with.

Reason #3: Your Friends and Family Will Suffer

Whoever guaranteed your bail is going to be forced to pay for it as well. Unless they go on the run too, it’s going to be a debt and a mark on their credit report. The bondsman will do all they can to collect this amount from them.

When looking for you, a bounty hunter or private investigator is also going to question your friends and family. They may be under additional scrutiny. If they helped you flee, they could even face potential criminal charges.

Reason #4: You Don’t Have to Skip Bail

So what happens if you just can’t make it to your court date? In reality, there are more than a few ways to reschedule a court date. Sometimes if you simply request a court date adjustment, they’ll give it to you without question.

Unless you’re attempting to actually evade charges, skipping bail should never happen. If you’re having difficulty meeting your court dates (for example, if you’re ill), you should contact your bondsman, and they can help you make some other arrangements.

Reason #5: You Will Owe a Lot of Money

Once you’re back, you’re going to owe a lot of money. Not only are you going to owe the entire amount of the bail, but you’re also going to have an additional warrant out, and you will need to pay fines and penalties. If a bounty hunter has had to find you, you will need to pay for their legal fees and their costs. Not only will you have the law to contend with, but you’ll also have debt.

Skipping bail should never happen. Not only does it have very significant consequences, but it’s usually not going to help you in any way. All it will do is lengthen the justice process, and you could end up being significantly in debt. For more information about the bail process, contact AA Best Bail Bonds.