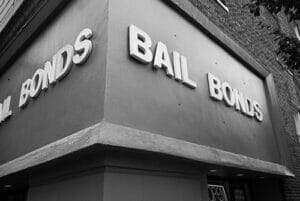 Though it’s ultimately up to a judge whether or not you can post bail, there are some charges that often can’t have bail posted for them. If you or a loved one has been arrested for one of these charges, there may be no way that you can get them out of jail until their court date. These charges tend to be fairly serious crimes, however, and most people will be able to get bail.

However, it’s still ultimately up to the judge whether or not they want to offer bail. The judge will need to consider a multitude of factors, including the nature of the charges, the circumstances of the charges, and whether the defendant would pose a danger to others. Judges are also supposed to consider the defendant’s criminal history as well as their personal characteristics.

As an example, in a domestic violence incident, the judge might determine that the defendant is only a risk to that one person. In that situation, the judge might offer bail, but with the caveat of a restraining order.

Those who are denied bail may want to consult with their attorney and attempt to speed their trial date up. They may also be able to appeal their denial. Bail denials are intended for circumstances in which the prosecution has a clear case against the defendant.

95 Percent of Criminal Cases Get Bail

It should be noted that the vast majority of criminal cases get bail. Bail can be set prohibitively high (necessitating a bondsman), but most people will at least have the opportunity to bail themselves out. It has to be a fairly unusual or severe case for a judge to deny bail outright, as it’s one of the principle tenets of our justice system.

Other than violent charges and other major felonies, there are no other reasons why a judge would not be able to offer bail. In other words, extremely serious crimes are the only area in which a judge is even allowed to deny bail. It’s part of the Bail Reform Act of 1984 that bail can only be denied based on the danger the accused individual represents.

That being said, a judge can set a bail amount extremely high, and that amount may be prohibitively high. A judge may decide that your bail should be high because you represent a flight risk. They may also set your bail amount high if you haven’t shown up to court in the past, or if you have a pattern of criminal behavior. What a judge cannot do is deny you bail simply because they have chosen to deny you bail.

As mentioned, most people can get bail when they are arrested. For the most part, only those who meet the above criteria are going to be denied bail by a judge.

If you’re wondering whether you (or your loved one) can qualify for bail, contact our experts at AA Best Bail Bonds. We can tell you everything, from how likely you are to get bail, to what the process is to get a “walk through” bail bond (so you can walk in and out). Call us today for a consultation and help concerning your case.