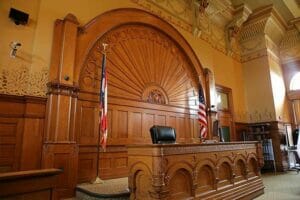 If you or a loved one has been arrested, you may have to post bail to get of jail until your trial. Whether it’s your first time dealing with the court systems or not, bail can be confusing. How does the judge determine bail? What should you expect? How does bail work in Texas? These may be the types of questions you have. To help you out, here’s a look at some of the key factors that affect bail.

Some courts set bail based on a straightforward schedule. For example, if you have been accused of a certain crime, the schedule dictates that you have to pay a certain amount of bail to get out of jail. However, that amount can vary based on the rules in your area and the discretion of the judge.

Judges often have discretion to raise or lower bail or even to waive the bail altogether. If a judge waives the bail, you are released on your “own recognizance.” Abbreviated as OR, that simply means that it is your responsibility to ensure that you come to your trial.

In other cases, judges may opt to charge more bail than usual if they have reason to believe that the accused is a flight risk or a danger to the community.

Algorithms determine all kinds of things in contemporary life. For example, when you’re surfing the internet, advertisers use algorithms to determine which ads to show you. To explain it in simple terms, an algorithm is basically a formula. You put in certain information, and the algorithm or formula makes recommendations on what should happen next.

Many court systems now use algorithms to determine how much bail should be. Basically, the judge or someone else working for the court system puts in a number of details about you. That may include information about the crime you’ve been accused of and your past criminal record. It also includes information about your ties to the community and the amount of cash you have on hand. Then, the program generates a suggestion for how much your bail should be.

4. Perception of Threat to the Community

Whether judges are using algorithms, bail schedules or their own discretion, they tend to consider whether or not the accused is a risk to the community, and that also has a direct impact on the amount of bail that is set.

For instance, if you have been accused of a violent crime and you’ve committed several violent crimes in the past, you may be considered a threat to the community, and the judge may refuse to release you on bail or may set the bail very high.

In some cases, certain outside influences have an overall effect on bail amounts. For example, in April 2017, a federal judge in Houston got involved with the bail system in Harris County. The judge claimed that the county was setting bail excessively high and, in particular, that the high bail was disproportionately affecting poor residents.

Based on this case, the county’s judges were ordered to change how they assess bail. As of May 15, the courts in that county are required to interview people about their financial situation and release them within 24 hours, whether or not they could afford bail. Note that only applies to people who are accused of nonviolent misdemeanors.

According to some estimates, 40 percent of the people arrested in some parts of Texas are forced to stay in jail until their trials because they simply can’t afford to pay bail. If you don’t have the money to post bail, we can help. You pay a fraction of the bail, and we cover the rest. Contact our team at AA Best Bail Bonds for more details today.